A HEREFORDSHIRE woman who grew up wanting to be video game icon Lara Croft is on her own action-packed adventure.

Laura Lake, 28, from Leominster, recently landed a starring role in TV pilot ‘Finders Fee’ and new Netflix action feature ‘Havoc’ alongside Tom Hardy, which will be released in 2022.

She is trained in firearms, weapons and screen combat and is currently training for the UK stunt registry.

The British Stunt Register is the world’s first and largest association of stunt professionals.

Ms. Lake has always had a passion for action and acting that began when she was a child, and she credits her family as a big influence on her love of stunts.

She said: “My mum often played Tomb Raider and I was there when I was six to copy all the stunts Lara did.

“I loved it so much that my grandfather, who was also into video games, would dress up as the butler from the third game (target and board included) and let me shoot him.

“He also made me bamboo bows and arrows and swords, he was always so much fun.”

“I had three different Lara Croft outfits as a kid and pretended to be in the game. It definitely sowed the seeds of my love of acting.”

This, alongside his other grandfather, who was a stuntman, was a major influence on his growth. He sadly died when she was two years old.

Her love of performance landed her a place at the Urdang Academy for Musical Theater Performance in London and she has never looked back on her acting journey since.

Ms Lake said: “Drama school was intense, but it gave me an incredible foundation in the industry and undoubtedly led to everything that followed.”

Ms Lake has had roles in Sanditon, Bridgerton, American Monsters, I May Destroy You, The Great, The Irregulars, Slow Horses, Pennyworth and BBC favorite Call the Midwife.

When Laura returned from her job overseas as a supporting dancer in 2018, her agent suggested she consider becoming an action actress.

Since then she has had weapons training with the British Action Academy, Movie Works International, Take 3 and Fire Arms for Film and TV.

This then inspired her to train to become a stuntwoman for the British Stunt Register and since then she has trained in six different disciplines; boxing, horse riding, trampoline, gymnastics, harness racing and swimming.

She said: “When I started doing stunt training I thought this was the missing piece of the puzzle I was looking for.

“Through my training, I’ve been able to do some amazing projects and some amazing motion capture for some upcoming video games that are incredibly exciting, but unfortunately I’m not allowed to talk about it yet due to agreements non-disclosure.”

Ms Lake said her stunt training had opened so many doors for her and led to things she could never have dreamed of.

She said: “Just being in the same room with some of the amazing actors and creatives that stunt work has led me to is a real honor and a learning experience.

“I find it incredible that my life has come full circle and I’m back to being the kid who loved Tomb Raider and wanted to be an action hero.”

“If I could tell my six-year-old daughter that this is what I’m doing now with my life, she would absolutely lose her mind in excitement.” 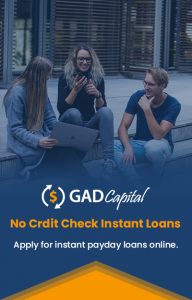